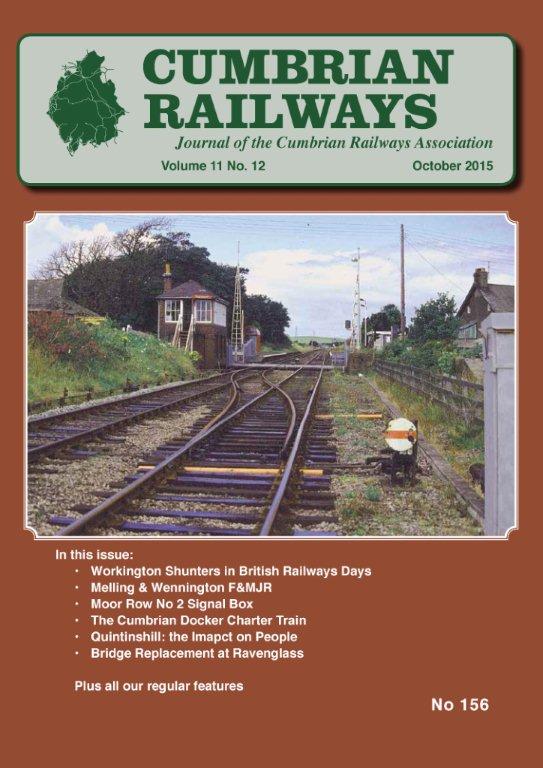 Summer is the time when things are supposed to get quiet, though here in Durley Dell you wouldn’t have noticed it.

Apart from the normal editorial duties, I have been working on a new database system that will allow us to bring the records of all the elements of our collection together in one easy-to-use location. This development was started following the inspiration of the Scottish Railway Societies combined project to list all the Scottish railway photographs held in the National Railway Museum. However, ours will be a little different in as much that more than the photographic records need to be accessed. We have a vast collection of archive material held in the County Record Office at Kendal and to make best use of it, these must also be included. A small team is working on this project with the aim of getting all existing records into a single form that can then be loaded into the database. At the moment they are in all manner of formats, most in a database called ‘Access’, a particularly difficult system to use and completely denied to Mac users like myself.

As well as all the textual details being recorded, the photographic section will also display a thumbnail of the images so when using the database it will be possible to see what the photographs show. This will be particularly useful as it will allow me to speed up the selection of photographs to illustrate articles in the Journal. At the moment I have to search the lists for suitable images and then delve into the photo archive disc to open up a range of likely items to be able to see the images. Needless to say this is time-consuming, though in doing this, the odd gem does manifest itself.

When the project is completed, it will give you, the member, an easy way of finding material needed by you for general research, though how this is going to be achieved has not yet been determined. The ideal situation will be to have it in some form on the web site so that searches can be conducted there. However, it is early days as far as the project is concerned and all those involved have a lot of learning to do to make the system perform the way we want it.

As part of our celebrations to mark our 40th anniversary in 2016, David Gibson is leading a project to get members involved in taking photographs of local railways and infrastructure to record what the railway looks like in that year. All photographs taken will be added to the database and will be available to members. As an adjunct to this initiative, it would be very worthwhile if members could submit photographs they have taken over the 40 years of the Association. These would be very interesting to see as well as providing a link to the new photographs and enable a time-line of development of our local railways to be illustrated.

As someone who was born in Carlisle, I was very moved by John Hammond’s sensitive article on how the City rallied round and performed heroic work in looking after some of the survivors of the Quintinshill disaster. In the welter of technical description and complex written evidence that is associated with the aftermath of such an accident, it is refreshing to read about how a city was able to take on the extra load of caring amidst an already heavy workload dealing with the injured returning from the battlefields of France and Flanders. It gives me great pride to know that when it mattered, Cumbrians stepped up to do their ‘bit’ to help.